A downloadable game for Windows and macOS

With the world gone to pot, and nobody giving a hoot about what they’re doing to the planet, it has been decreed that the only way to save the oceans is by piloting your weapon-sub through the depths of the sea, blasting away all the affected creatures and picking up the bits of plastic pollution. (We’ve checked with the scientists and it’s the only way!)

Save The Oceans is an arcade-style blaster developed using GameMaker Studio 2. Use a joypad to pilot your sub, button A will fire the blaster. Destroy any plastic-riddled lifeforms that come your way. Once destroyed they’ll disperse their plastic fragments into the ocean, you must pick them up as they’re used to charge your Superweapon! Avoid hitting the nasties, they hurt you. If you so wish, you can fire your Superweapon with button B, spitting laser death all around you. You have five charges to begin with, collect fragments to charge it up and get more.

Occasionally a toxic waste canister will drop into the ocean, pick it up to gain points. We’re not sure who is dropping these canisters into the sea (probably some evil corporation) but one thing is for sure, if you manage to collect them in order, it makes your superiors very happy! There are usually ten per level, pick them up in numerical order for a Canister Collection bonus. If you pick any up in the wrong order, don’t worry, there’s always next time. Collect all the canisters to complete the level.

When the final canister drops, you’ll hear “alarm-like” music, this signifies that you should get a move on! You have around ten seconds to complete your mission (collect all the remaining canisters) Don’t hang around as NEMESIS will arrive and shoot at you! This vile creature will home in on your position too, and eventually destroy you. Collect the final canister if you see him and you’ll escape with your life!

The more baddies your shoot, the more chance you get of obtaining a bonus multiplier, pick this up to get more points. You start the level at x1 but you can get to a maximum of x9 points on everything you shoot or collect.

Once a level is cleared, you’ll be awarded your bonuses… 1000 points for every canister you collect in order, if you get all 10 in order you get 25,000 points. A “survival bonus” is also awarded, based on the number of nasties you shoot without dying. Skillful piloting of your sub also awards you a bonus, try not to hit anything as you scoot around. To complete the perfect level you would need to get all the canisters in order, pilot your sub skilfully and blast as many nasties as possible without dying. Easier said than done!

Keep on shooting the baddies, charge up your superweapon by collecting the plastic fragments and you’ll get the chance at a power globe! A power globe is a lootbox that appears after a time, and contain a mystery gift. They’re usually shielded when they appear, so blast away the protective shield to gain access to the contents. Once the shields are down, grab it for a (hopefully) decent gift! You may get more firepower, a points bonus, an extra life, or something completely different. Power globes decay after a while, so make haste to grab them when they appear. There’ll be a warning sound to alert you too, it may appear on another part of the level.

There are 50 levels, if you manage to get to level 50 you must destroy the evil NEMESIS! After that, who knows what happens?!

Good luck out there and happy blasting! May your power globes be pleasant and may your superweapon be forever fully charged!

Recommended: Xbox- style controller (N.B. for Mac you'll need to get the 360controller driver from github.) Left stick to move, button A to fire, B for superweapons, right stick for directional fire.

Keyboard controls:
Cursor keys to move or WASD.
To fire laser - press Enter, Ctrl or Left mouse button
For superweapon - press Shift or Right mouse button
Directional fire can be controlled with the mouse when firing.
Press Esc to pause the game. 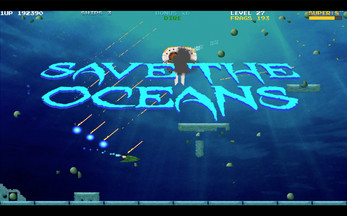 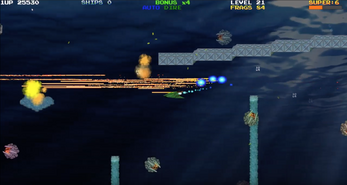 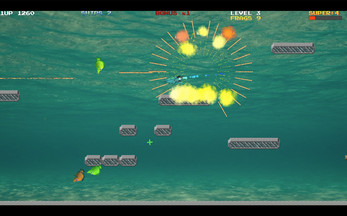 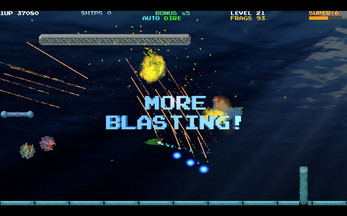 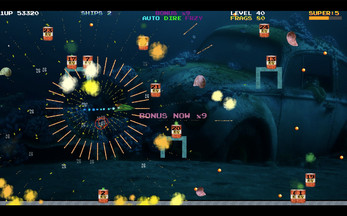 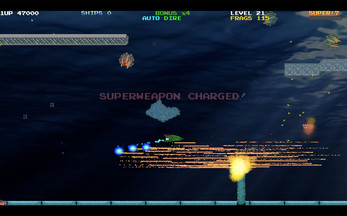